How Often Can I File Bankruptcy?

How Often Can I File Bankruptcy?

Before filing your second bankruptcy petition, make sure you know the difference between the different types of bankruptcy. A Chapter 7 bankruptcy discharged debts through liquidation of the debtors’ assets and property, and distribution of the proceeds to their creditors. On the other hand, a Chapter 13 bankruptcy involves reorganization of debts into a repayment plan so the debtor can pay-back their creditors. For both, secured debt and specific unsecured debt (including alimony, child support, tax debts, and student loans) are not discharged in debt. Consult with a local bankruptcy attorney to know which type of bankruptcy is for you.

You can receive a second bankruptcy discharge in as soon as two years, or as long as eight years, depending on which type of consumer bankruptcy you filed to wipe your debts. The time you have to wait to be allowed to receive another discharge is listed below.

Limits for Filing a Chapter 7 bankruptcy

The bankruptcy filing dates for successive Chapter 7 bankruptcies should be at least eight years apart, thus prevent petitioners from taking advantage of the bankruptcy process by filing bankruptcy just to delay creditors.

2. Six years for Chapter 7 filing with a prior Chapter 13 discharge

Six years must have passed to file a bankruptcy for Chapter 7 if you’ve previously filed Chapter 13 and received debt discharge. An exception is given to debtors who have completed their repayment plan to pay all or at least 70% of their debts to the best of their ability. Speak with a Maryland bankruptcy lawyer for confirmation if you think you qualify for this exception.

Limits for Filing a Chapter 13 bankruptcy 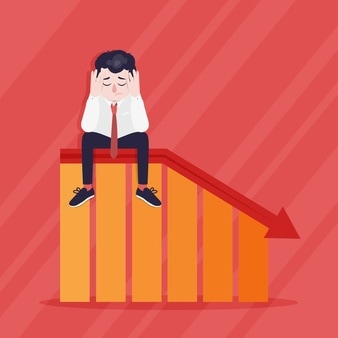 A wage earner’s plan is a type of bankruptcy that you can file for again in just two years. Even though the plan typically lasts three to five years, a borrower can finish making payments sooner. If you’ve already completed your first case and had your unsecured debts wiped, then you’re most likely eligible for a second bankruptcy discharge.

You need to wait at least four years to be eligible for a Chapter 13 bankruptcy discharge after a liquidation bankruptcy. However, even without getting your debts wiped-out, you can still get benefits from a Chapter 13 filing, such as stopping repossession or foreclosure of your home and car or catching up on missed payments on loans or mortgages.

If your bankruptcy case was dismissed:

1. One year after your previous case was dismissed:

If you’ve previously filed a bankruptcy case that received a dismissal from the bankruptcy court, you can file bankruptcy again and be eligible for a discharge in just a year. However, you can only have the benefit of the automatic stay for a month for the new case, or even none at all if you’ve had two or more dismissals within the year. As such, a creditor or debt collector can still go after you even while your bankruptcy case is underway. If you want to request or extend the automatic stay, you can file a motion with the bankruptcy court. Your bankruptcy lawyer can provide legal help to complete the appropriate bankruptcy forms for the motion and follow the specific procedures for filing it in your jurisdiction.

Securing your financial future is not an easy task, but having experienced bankruptcy attorneys with you can make it less stressful. If you’re dealing with debt and want to declare bankruptcy to get a fresh start financially, call Grafton Firm, LLC, to request a free evaluation today.