The 7 Worst Things You Can Do Before Filing Bankruptcy

The 7 Worst Things You Can Do Before Filing Bankruptcy

There are some really dumb things you can do before filing Bankruptcy.  As a Baltimore County Bankruptcy Attorney, I wanted to share with  you some of my thoughts on the 7 worst things you could do before filing.  These are not necessarily in order of bad idea, because what is bad for you, may not be as bad for someone else.

There is a growing problem in this country of people not being able to exit the work force.  Despite reaching advanced age, they are forced to keep working because social security will not be enough to support them, the days of generous pensions are waning, and very few of us have properly saved for retirement.  In fact, many American families owe more money than they have in retirement savings.  This alone is a good enough reason why cashing out retirement can make a list of bad ideas.  In the bankruptcy context, however, it gets worse.

You see, when you owe a creditor money, they have various ways of collecting that money from you outside of bankruptcy.  If you do not pay, they can get a judgment and garnish your wages or your bank accounts.  They can attach your various property.  What they cannot do is touch any retirement accounts that are covered under certain sections of the tax code.  This covers 401k’s 403b’s and most IRA’s.  If you cash out your retirement and put that money in the bank, it’s no longer protected.  These protections and this glaring exception to the protection apply in bankruptcy as well.  Cashing out retirement, except for certain specifically defined types of rollovers, put your retirement in danger of being seized and used to pay your past debts, instead of being used to fund your future retirement. 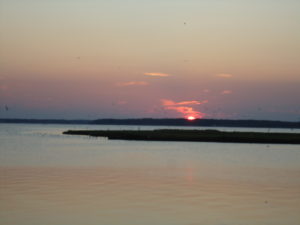 Retirement savings is for your retirement, not to fatten the coffers of JP Morgan

As a Baltimore County Bankruptcy Lawyer, I see this a lot.  They will have a certain creditor that they feel has been good to them, or with whom they’ve had a long relationship.  In order to satisfy this one creditor, they will take out additional credit with other banks to pay down this one in the hopes that they can “keep it” after bankruptcy.

Let me just start with this premise.  If you know or have a strong inclination that you will be filing bankruptcy and you use your credit cards, you’re committing fraud.  If you know you cannot repay a debt and incur it anyway, that’s stealing.  So the saying “Robbing Peter to pay Paul” is quite appropriate.  In the bankruptcy context, you can find yourself with a discharge denied to you for these accounts.  If you’ve done this in anticipation of filing bankruptcy, talk to your lawyer.

Another issue that comes up a lot in connection with this practice is that of preferential transfers.  You see, the Bankruptcy Trustee is allowed to go to some of your normal creditors that you’ve paid a good bit of money to in the 90 days before filing and demand that they give that money to the Estate.  Then they use that money to pay themselves a fee and divide the rest up amongst all your creditors.  With friends and family the news is worse.  Debts repaid to “insiders” can be recovered up to a year in the past.  And if that mother, father, son, daughter, or business partner doesn’t have the money anymore?  The trustee can garnish them just like your creditors could have garnished you.

Cash Advances taken on a credit card are another big issue.  There is a presumption of intended fraud when you take these too close to the time you file for bankruptcy.

4.  Max out your credit cards intentionally before filing bankruptcy

As we’ve previously discussed, using your credit cards in anticipation of a bankruptcy is fraud.  A little bit may not get much attention from a creditor, but if you go out and intentionally run up a balance, they’ll be able to tell after the fact, and you can bet you’ll be getting a notice from their attorney soon.  If you’ve used your credit cards and find that you need to file for Bankruptcy soon, talk to your Baltimore County Bankruptcy Attorney to see what actions you can take to mitigate.

Compared to other legal services, Bankruptcy is actually relatively inexpensive given the amount of time attorneys usually spend on one case.  If I see an attorney offering really cheap bankruptcies, I can guess that either the attorney is rushing the job, or having lower paid staff doing things that the attorney should be handling, such as document review, legal analysis, client intake, etc.  If you’re a lawyer charging $500 for a chapter 7 bankruptcy, you would have to do a LOT of them to get by meaning you’re stretching yourself thin and spending less time on every case than you should.

2.  Lie to your Baltimore County Bankruptcy Attorney or withhold information.

Relationships are about trust.  This is true for your marriage, your relationship with your children, and your business relationships.  This is especially true with your lawyer.  Your bankruptcy attorney is preparing legal documents for you, that he will file with the court.  You and he will sign these documents and by signing them swear that everything is true and correct to the best of your knowledge, information, and belief.  If you know something is not true or just believe something is not true you need to tell your lawyer.

If you intentionally hold something back, you risk losing not just the trust of the one person you’re paying to be on your side, but also potentially your freedom.  Just this past month, a woman in Montgomery County, Maryland was sentenced to prison for lying about her assets on a bankruptcy petition.  You think garnishment is bad for your family?  Think how your being in prison will affect them.  And you’ll likely come out without a job and have a harder time getting a job, being a convicted liar.

The truth always comes out…

Some people think that they just won’t be caught.  I’m sorry, but that’s just silly.  With as much electronic trails as exist out there, with as easy as it is to look at pay records, tax records, property records, hiding assets in this day and age is almost impossible and simply NOT worth it. One thing this Baltimore County Bankruptcy Lawyer has noticed in his career is that the truth always outs.  It’s far better to shield yourself with the Truth rather than hide behind a Lie.

1.  Don’t hire a Baltimore County Bankruptcy attorney at all.

So, you’ve read some blog posts, found some online resources and you saw an ad for a paralegal service who would prepare your bankruptcy for $395.  You don’t have much in the way of assets, you don’t need a lawyer.  Good luck with that.  The problem has gotten so bad with pro se (that means people who represent themselves) bankrutpcy debtors that the Baltimore Bankruptcy Court has set up a Debtor’s Assistance Panel to try to help some of these people out of the really bad jams they get themselves in.  The success of this program is a bit dubious.  Many attorneys use it as a forum for self-referring themselves business, some use it to try to learn bankruptcy as they go, while only a small minority of the participants are really in it to help people.

It’s not as easy as it looks, even for paralegals who have been doing this for years

The Bankruptcy Code is incredibly complex.  Not only does it contain many hundreds of sections, thousands of subsections, but Bankruptcy also implicates the IRS Code, State Laws, the Uniform Commercial Code.  Exemption rules add another layer of complexity.  Which exemptions are you entitled to?  Have you moved to Maryland in the last 2 years?  You may have to claim the exemptions of the state you moved from.  That state, however may not allow you to claim their exemptions if you are not domiciled there.  If that’s the case, you may have to claim the Federal Exemptions.

Improperly claiming exemptions is one of the mistakes that leads to the most heartache amongst pro se debtors.  The trustee and the court are not there to help you through this process.  They’re there to maximize the return for creditors and enforce the letter of the law, respectively.  If you make a mistake that allows the trustee to seize your otherwise exempt assets and sell them, the court is not going to point out the mistake you made that allowed them to do it.

In case I was not clear.  Bankruptcy is a BIG DEAL.  It is a complex area of law.  It is not something for novices and it is not something you would do for yourself.  If you need help, contact this Baltimore County Bankruptcy Attorney for a FREE Consultation.  Do not wait.